Category: Ionic vs React vs Angular 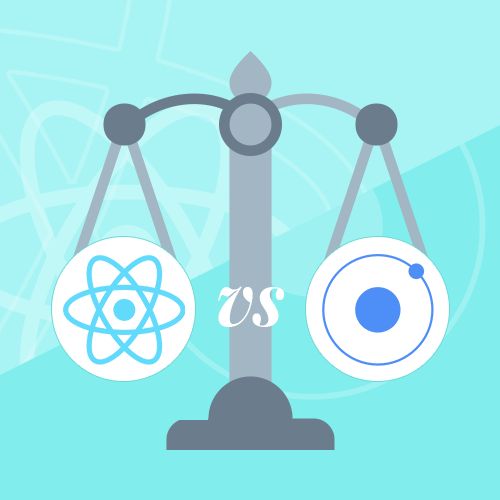 Differences between Ionic, Angular and React – Ionic vs Angular vs React

Mobile devices now play an important role in everyone’s life. The devices are now designed in such a manner that almost all types of things can be accessible with the help of this device. So, due to all this, mobile app development is now a trending topic everywhere. If you are trying to get your hands on this by going for the mobility and capitalizing on all kinds of mission-critical mobile apps which will help you to expand the business in a good way. When it comes to development, there are many frameworks which you can use to develop mobile apps. But the confusion arises among them is which is good enough for you and to clear it here it is explained between Ionic vs Angular vs React framework.

What is Angular Framework?

What is React Framework?

What is Ionic Framework?

This framework is like an open-source platform which is used for hybrid app development. This framework is said to be using HTML5, CSS, and JavaScript. In this, all the apps are built with the basic focus on the feel, UI, and appearances. This too uses a very much combination of Apache Cordoba and Angular framework to develop the things in a better manner.

With these three frameworks in the picture, you can see that these things are very helpful in a better manner for all the developers. But still, these three things have some differences when it comes to features and functions. To make it more easily understand which thing is good for you, here is the Angular React and Ionic comparison.

This is the complete description React vs. Ionic framework for you so that you can understand about this thing in a better manner.

Difference between Angular and Ionic

The next comparison is between this two. This is because the Angular is also a popular framework and are used by many companies to developed mobile applications. But to make sure which is good between the two, many developers get confused among them in a great manner. To make all the things very much easy for all of you, here are the things that you need to know before hoping for any of the one frameworks see the Angular React and Ionic comparison.

These are the major comparison between React and Angular for you. By going through this, you can always get some great and outstanding views about which is better and which is good for you to use for mobile app development.

Why is Ionic getting popular?

If you look at these things, then you can find that this framework is getting very much popular among the developers. This is due to the main reasons that are mentioned below.

Why is Angular JS getting popular?

This is the third framework, which provides the developer with several features. As a result, this is getting high in-demand. The reasons are mentioned below.

Why is React JS in-demand?

This is the next type of best framework for you all. This is in demand among the developers due to the following reasons.

With all these things are in place, now, if you want to get a good idea about this framework and wants to start the work for your mobile applications, then you can now easily know which framework is good for you. And how you can do the things that you want to do in a better manner.

How to choose which is best?

If you look at these frameworks, then almost everyone will have different views on all of these things. So, you can never get a better idea by asking about which is best for you or your applications. But you can consider the things and functions mentioned above, and by that, you can get a complete idea about all the things.

To make the right kind of decision about this all and to use the right technology for your application development, you can always get in touch with us and can drop your query on info@webinfomart.com or call us at +91-8920374985. Our agency has got some experts who all can help you in getting the best services for your needs.